Origins of the Red Cupboard

Since I launched my business, many people have asked me why I chose “Red Cupboard” for the name. I thought I would take a minute to explain what inspired the name. But if you are looking for the name’s origin to be attached to a strategic business decision, I have to warn you that you will be disappointed! 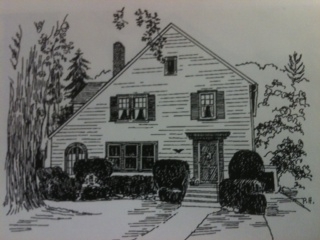 In a rock-solid colonial, in the Cleveland suburb of Rocky River, Ohio, with an enormous, 100+ year-old oak growing out of the center of the front lawn, whose roots eventually entered every underground piece of pipe attached to that colonial, is where the original red cupboard lies. Off the kitchen, in a small hallway with a small half-bath on the left, a white-curtained window straight ahead, and a broom closet on the right, was a floor-to-ceiling wooden cupboard, painted bright red.

I think the original owners of the house painted the cupboard red to bring out the red fleck in the multicolored, spotted, linoleum floor. The rest of the cupboards and drawers in the kitchen were white and metal. For the 40 years my parents owned that house, the red cupboard was home to an eclectic collection of things that could only be described back then as necessities; and treasures now. They weren’t items we used every day, but often enough to be kept nearby. The doors opened with metal latches and the contents inside the red cupboard were generally pretty big and bulky, such as:

The upper and lower doors of the cupboard were separated by a wide shelf, a little over 4 feet high, which housed my mom’s cookbook collection and canisters of flour, sugar and tea.

It seemed like there was always a reason to look for something in the red cupboard. None of the other cupboards in the kitchen were red, so we always used its full name – never “look in the hall cupboard,” or “try the tall cupboard,” or “it’s in the back cupboard.” “It’s in the red cupboard” was such a natural part of our kitchen conversation -- especially when we returned from college and had completely wiped from our brains where everything was stored. 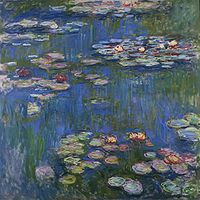 My mom renovated her kitchen while she was in her “Monet Period” and painted the red cupboard lavender, along with the bench and chairs in the adjacent nook. She picked this color to complement the dappled, pastel, watercolor-like wallpaper she chose for the kitchen walls. But the “red cupboard” remained. We all still referred to it by its original name. Even my mom never made the change and continued to direct us and her grandchildren to the “red cupboard.” Snacks eventually migrated to the red cupboard and it became a little hang-out spot for my dad as he tried to sneak a snack in the shadowy hallway.

Despite the cupboard’s makeover, you could always see the red when you opened the doors – the permanent little drips that had dried as they were running down the inside of the door during its original paint job. By the time my mom sold the house, little red nicks could be seen here and there on the exterior, as if its true color continued to try to peek out from under its cover.

Memories of that house and the childhood I spent in it are anchors to me. And for its steadfastness and quirkiness, that red cupboard brings a smile to my face. So I picked it as my business name – not because a client will “find everything she needs in the red cupboard” but because it represents where I came from and reminds me of the dependability, persistence and humor I need to take this business where I want it to go.

This post is a tribute to my mom whose 75th birthday would have been today. And especially for her, I made sure I used “its” and “it’s” properly throughout the post!
Posted by Kathy Walsh at 10:06 PM